This article is based on ‘‘PM-KISAN is not reaching all farmer households as intended” which was published in The Indian Express on 03/08/2020. It talks about the significance and challenges associated with PM-KISAN

The Pradhan Mantri Kisan Samman Nidhi (PM-KISAN) is the first universal basic income-type of scheme targeted towards farmers. Initially, the scheme was targeted at small and medium farmers, but with the declining growth in gross value added of the agricultural sector, it was extended to all farmers in May 2019.

The scheme aims to provide income support to farmers for easing their liquidity needs to facilitate timely access to inputs.

Various studies show that the scheme has significantly helped those who are relatively more dependent on agriculture and have poor access to credit. Nearly, 93% of non-beneficiary farmers had already applied for the scheme, depicting awareness and potential uptake.

Though the scheme directly or indirectly helps over 50% of the workforce, still a lot needs to be done to realize the dream of doubling the farmer’s income by 2022.

Issues That Needs To Be Addressed

A direct transfer scheme like PM-KISAN is a game-changer and can have significant effects if it is timely, not transaction cost heavy and is provided with complementary inputs such as extension services. 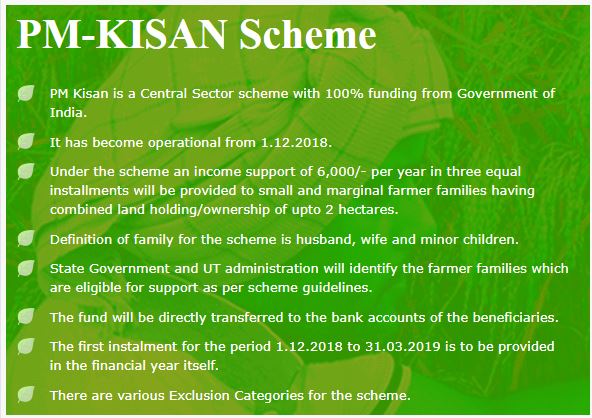