This article is based on “The broken promise of decent and fair wages” which was published in The Hindu on 25/11/2019. It talks about issues related to Code on Wages Act 2019.

Recently, the government proposed the rules to the Code of Wages Act 2019.

Why new Code on Wages? 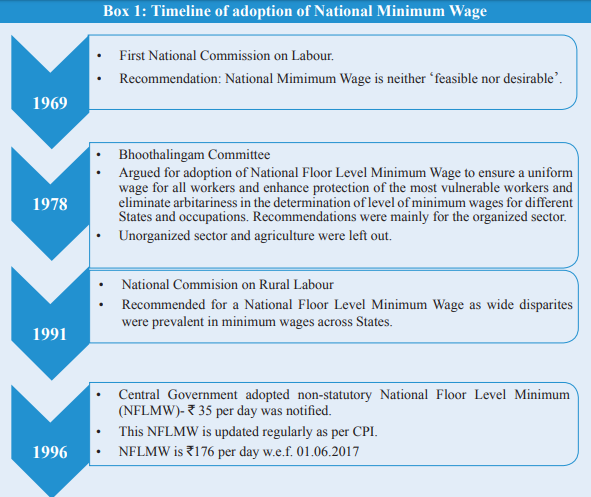 In Raptakos case (1991), the Supreme Court advocated the concept and the right of living wage.

“Consumer Expenditure Survey” result shows that the average family expenditure in rural areas to be ₹83 per day and in urban areas as ₹134 per day.

For the minimum wage system to play a meaningful role in aligning protection with the promotion of sustainable growth, it must be properly designed, its goals clarified, and its enforcement made effective.