For Mains: Major Crops Cropping Patterns in Various Parts of the Country

Recently, the Centre announced to stop the purchase of excess parboiled rice after which Telangana Chief Minister and members of his Cabinet staged a dharna demanding a uniform paddy procurement policy.

What is Parboiled Rice?

What are the Advantages and Disadvantages?

Why has the Government has Decided to Stop Purchases?

What are the Key Highlights about Rice?

Q. With reference to the cultivation of Kharif crops in India in the last five years, consider the following statements: (2019) 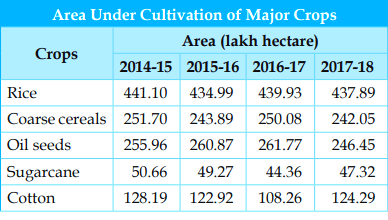 Which of these are Kharif crops?