Recently, the National Aeronautics and Space Administration (NASA) rolled out its Artemis I moon mission to the launchpad for testing at the Kennedy Space Centre in Florida, United States. 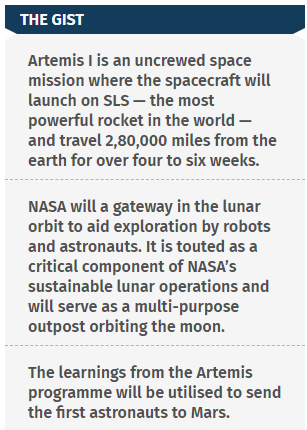 What is Artemis Mission?

What are Key Points of Artemis I Mission? 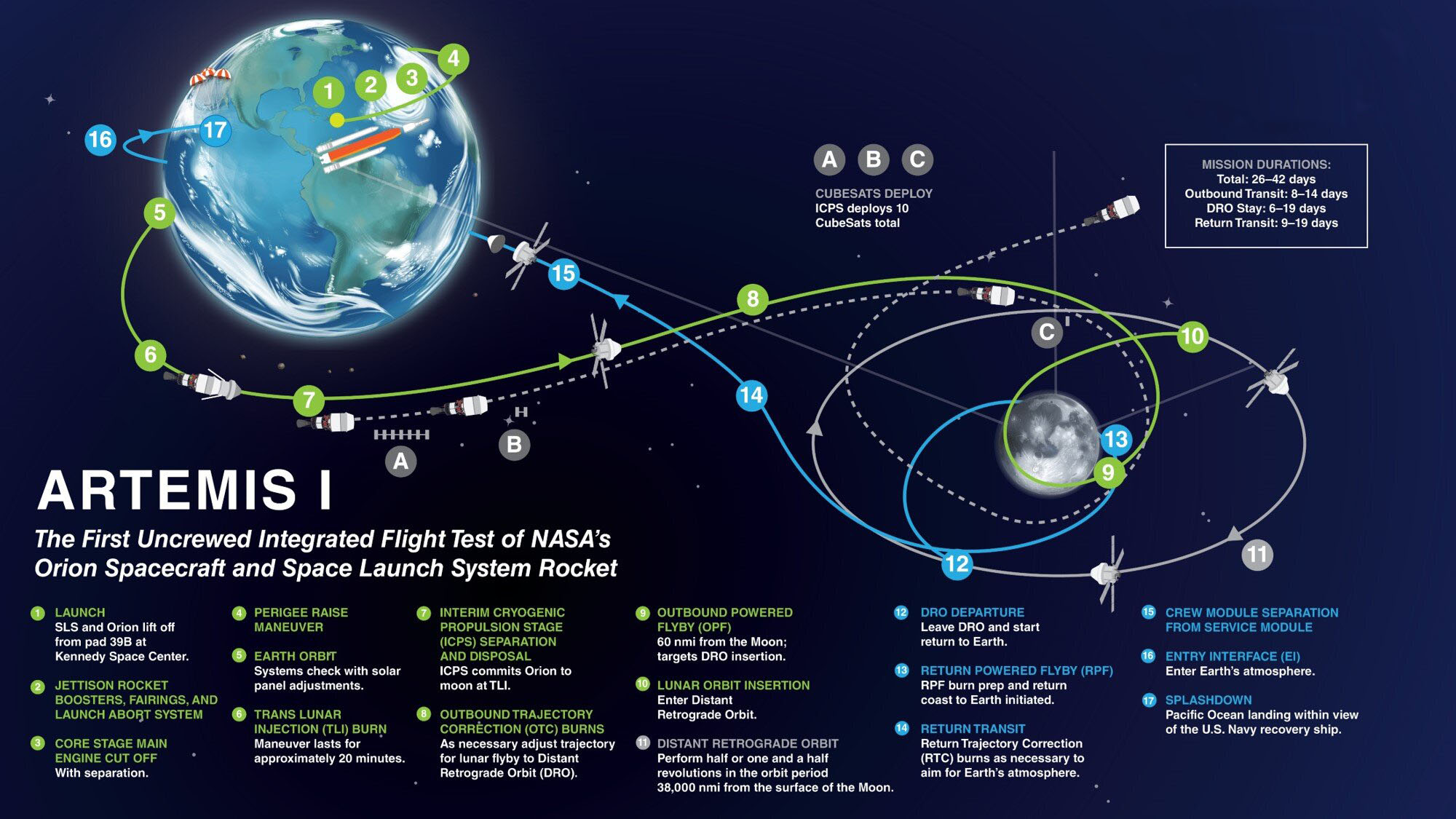 What are the future missions in the Artemis programme?

What is the History of Moon Exploration?

What are ISRO’s Moon Exploration Efforts?

Q. Which of the following pairs is/are correctly matched? (2014)

(a) A mini satellite launched by ISRO for promoting the distance education in India
(b) The name given to the next Moon Impact Probe, for Chandrayaan-II
(c) A geoportal of ISRO with 3D imaging capabilities of India
(d) A space telescope developed by India

Q. What is the purpose of the US Space Agency’s Themis Mission, which was recently in the news? (2008)