The study of fossils from Kutch in Gujarat has revealed that the hot arid desert of Kutch was once a humid subtropical forest. 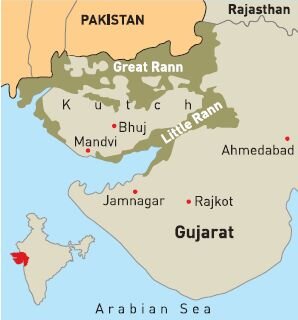