According to data released by the government, the Gross Domestic Product (GDP) grew 5% in the first quarter of the Financial Year (FY) 2019-20, significantly lower than 8% recorded in the same quarter last year. 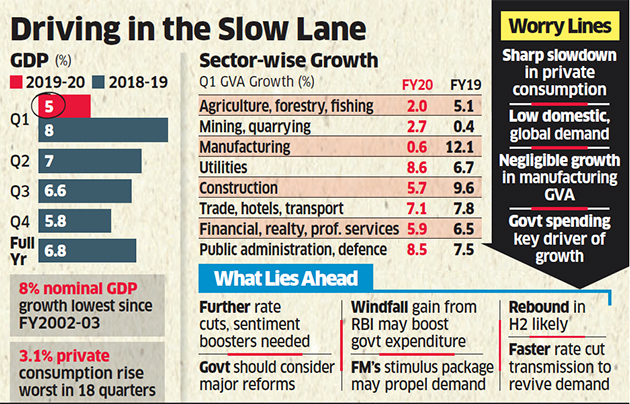