As per Bombay Natural History Society (BNHS) report, the creation of butterfly corridors in Delhi with close to 100 hotspots is underway. 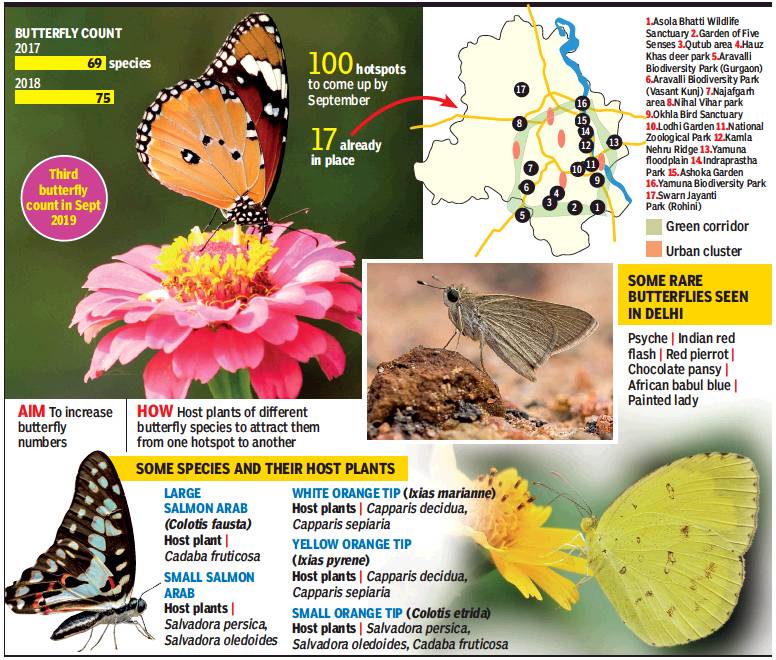