Recently, a Parliamentary Standing Committee on Defence has shown concern at the widening gap between projections and allocations in the defence budget.

Key Findings of the Committee 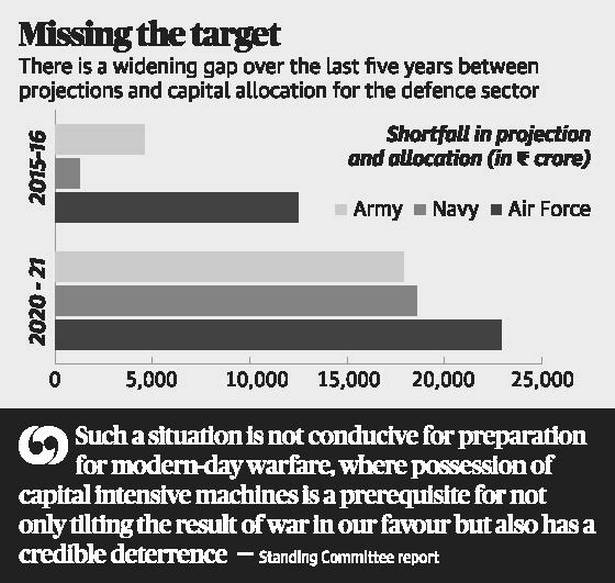