11th Expedition of an Indian Mission to the Southern Ocean

The South African oceanographic research vessel SA Agulhas has started its journey for the 11th expedition of an Indian mission to the Southern Ocean, or Antarctic Ocean from Port Louis (Mauritius).

NOTE: The research vessel SA Agulhas is named after Agulhas warm ocean current that runs south along the east coast of southern Africa. 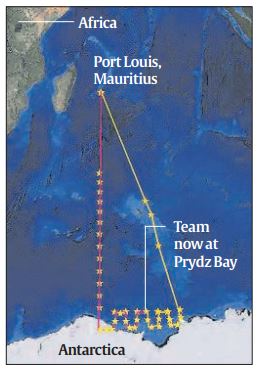 Significance of the Expedition