The term “Great Pacific Garbage Patch” was coined by Charles J. Moore (an oceanographer and boat captain) as he was returning home from the Transpacific sailing race in 1997 when he came across this huge patch of garbage while going through the North Pacific Gyre.

He wrote of this discovery: “As I gazed from the deck at the surface of what ought to have been a pristine ocean, I was confronted, as far as the eye could see, with the sight of plastic. It seemed unbelievable, but I never found a clear spot. In the week it took to cross the subtropical high, no matter what time of day I looked, plastic debris was floating everywhere: bottles, bottle caps, wrappers, fragments.” This great accumulation of marine debris has been a threat to our marine lives for years. Unfortunately, this situation has come to media attention only in the past couple of decades. It is, however, now used as a perfect example of catastrophic marine pollution (i.e., of debris accumulation in the oceans and seas).

The Great Pacific Garbage Patch, also called the Pacific Trash Vortex, is the largest of the five ocean garbage patches on Earth.

Where is the Great Pacific Garbage Patch located?

On average, it is noted that this huge patch moves around 35°N to 42°N and 135°W to 155°W. Moreover, the patch shifts from west to east and north to south, based on seasonal changes in winds and currents.

A common misconception about the Great Pacific Garbage Patch is that it is an actual island as it is referred to as a ‘plastic island’. However, it is just a floating patch of trash on the ocean’s surface that seems to look like an island due to the pollutants’ close proximity.

Moreover, it is said that the patch is roughly 1.6 million square kilometres in size, i.e. three times the size of France!

The plastic pieces in the Great Pacific Garbage Patch are classified into four categories based on their sizes:

When the entire mass is taken into consideration, three-quarters of the objects are made up of macro or mega plastics. However, if the numbers are taken into account, 94% of the marine debris is made up of micro plastics.

The types of plastics found are further divided into categories based on their types:

The aforementioned plastic comes from a tonne of sources including plastic cutlery, single-use carrying bags and plastic water bottles - to name a few. They vary in age and dynamics, too. Some plastic pieces can be over 50 years old and others can be fragments of micro plastics in the form of plastic lighters, toothbrushes, water bottles, pens, baby bottles, cell phone parts and small plastic packets.

Moreover, there are tiny fibres of wood pulp found throughout the Great Pacific Garbage Patch that are believed to be leftover fragments of thousands of pieces of toilet paper that is washed down the toilets, every single day.

46% of the total mass found in the Great Pacific Garbage Patch is made up of ghost fishing nets. The problem with ghost fishing gear is that it continues to catch marine animals, long after it is abandoned.

In addition to this disaster, oceanologers and ecologists recently discovered that 70% of the marine debris actually sinks into the ocean floor. This means that the ocean bed under the Great Pacific Garbage Patch is just as polluted as the surface, if not worse. 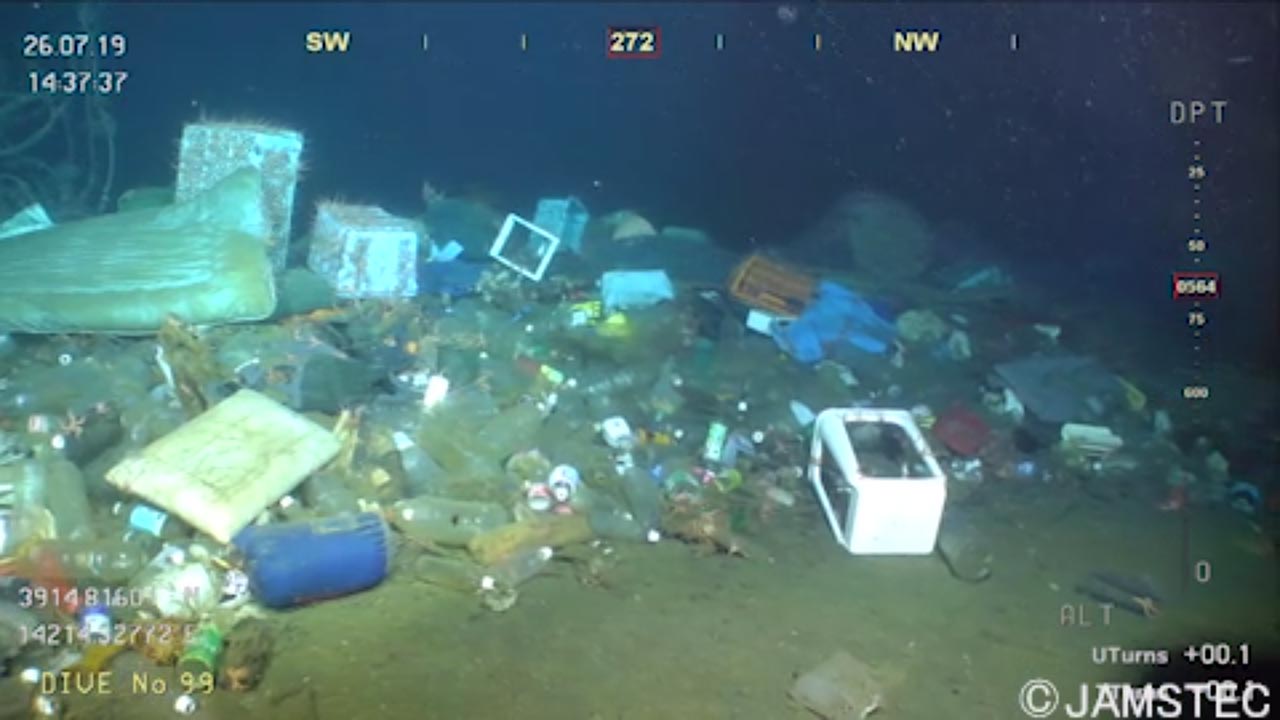 A study showed that plastics are by far the most dominant type of marine litter found in the Great Pacific Garbage Patch. This study collected over 1,136,145 pieces and 668kgs worth of marine debris and came to the conclusion that 99.9% of the litter found was plastic-based.

Around 80% of the trash accumulated is said to have come from land-based sources, while the remaining trash comes from boats, fishing industries and shipping sources.

Why is it harmful for humans and marine life?

The garbage accumulated is unlikely to ever escape due to the ocean gyres acting as conveyor belts. The circular motions of the ocean currents and winds make it impossible for the debris to move to another direction except within the centres of the gyre.

The ocean currents that have been circulating water around the earth with the help of gyres, for millions of years, have now become a trash vortex for oceans around the world. They trap marine debris and make it impossible for them to leave.

The large number of items that end up at the Great Pacific Garbage Patch are not biodegradable, i.e. they do not dissolve in water. They just keep breaking down into smaller and smaller pieces, courtesy of the sun’s heat, water currents and pressure.

Scientists haven’t discovered whether or not the plastics just keep breaking down as the years go by, into microscopic pieces or they disappear completely after a point. Being microscopic makes it more harmful for marine animals as plastic can now easily be mistaken for food and consumed by fishes, sea turtles and sea mammals. In turn, humans consume these marine animals that may have mistakenly ingested unwanted plastic materials and get sick. Loggerhead sea turtles often mistake plastic bags for jelly fishes and albatrosses mistake plastic resin pellets for fish eggs and feed them to their little ones which lead to inevitable death of these animals due to starvation or ruptured organs. Moreover, when microplastics collect in areas rich with algae and plankton, it disrupts the marine food chain.

Plastics that have been broken into smaller pieces through a process called photodegradation, tend to absorb pollutants such as PCBs from the seawater. During the process of photodegradation, the plastics release colourants and chemicals like ‘Bisphenol A' that have been linked to health and environmental problems. These chemicals enter the food chain when consumed by tiny animals who mistake plastic for food.

What is being done to salvage marine life?

Since the Great Pacific Garbage Patch is further away from all the coastlines that pollute it, no country is willing to take up the responsibility of cleaning it up. In an attempt to justify the lack of responsibility taken by surrounding nations, Charles Moore said that trying to clean the huge garbage patch would “bankrupt any country”. 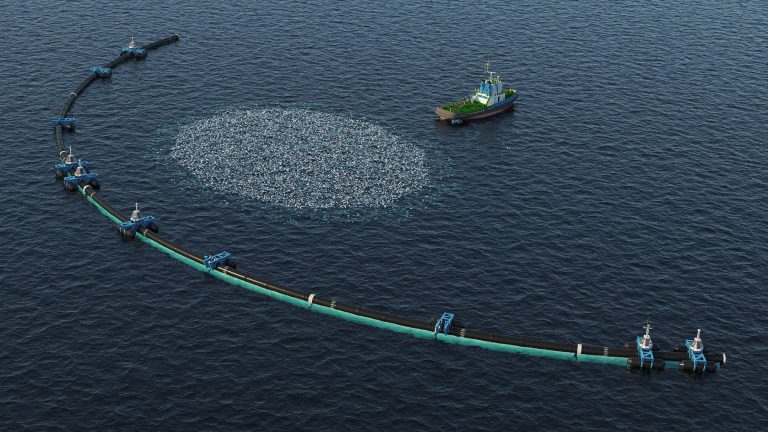 The problem in trying to remove these plastics using nets is that many small sea animals would get captured too, being the same size as some of the plastic debris. Even if we figure out a way to design webs that could remove only plastic litter, it would take a huge amount of time, which we do not seem to have.

A large number of ocean cleanups are taking place all around the world to help control the plastic pollution around the world. Charles Moore, himself, started the Algalita Marine Research Foundation that continues to raise awareness.

In the meantime, we need to start switching to more sustainable choices immediately to salvage what is left of our marine ecosystems. As Mahatma Gandhi once said, “Be the change you want to see in the world,” and that is exactly what we need to start doing, right now.

The. (2018, March 22). The Exponential Increase of the Great Pacific Garbage Patch. The Ocean Cleanup.

US Department of Commerce, National Oceanic and Atmospheric Administration. (2019). What is the Great Pacific Garbage Patch? Noaa.gov.