What comes to your mind when you hear the word,- “Yoga”? Stretches, exercises or a flexible body?

Well, Yoga isn’t limited to just that. It has benefits that go beyond the constraints of flexibility. It aids in strengthening physical and mental health, alike. This beautiful art has evolved over numerous centuries. It is a spiritual discipline that aims to achieve eternal peace and harmony between body and mind and soul. It aims at cleansing our mind of the mental pollutants along with making our body physically fit.

‘Yoga’ has its roots from the Sanskrit word ‘yuj’ which means to join or unite. The very origin of the word speaks volumes. It aims to connect your mind and body and to help them work together in peace and as one.

It works on leading to the union of your consciousness to the universal consciousness. The person who experiences this unity and bond between nature and himself is said to have attained moksha (ultimate liberation).

Yoga aims to achieve self-actualization and peace, even when faced with the most difficult tasks. That is when you truly achieve kaivalya (freedom). It imparts basic human values and pushes human beings towards a sustainable lifestyle filled with joy, peace and gratitude.

Yoga Through The Ages There is Yogic lore that says Yoga has been as old as the dawn of civilization. In this lore, Lord Shiva is said to be the first yogi or Adiyogi. Passed down through generations, this story talks of a time when Lord Shiva imparted and taught Yoga to seven of his disciples. These seven disciples went in different directions to spread the knowledge of Yoga far and wide. Their knowledge reached areas like Asia, the Middle East, Northern Africa and South America.

However, there is no proper evidence of when this discipline started. It is believed that it originated in Northern India, approximately 5000 years ago.

Dating back to 2700 BC, in the Indus-Saraswati valley civilization, seals and fossils have been found with people doing Yoga Sadhana. This hinted at the practice of Yoga starting at such early times, although it was an undocumented period.

The word ‘Yoga’ was first mentioned in the ancient Sanskrit texts of Rig Veda which dates back to 1500 BC. This old text mainly spoke of rituals, mantras and songs that the Vedic priests used in their life.

Later, in the Atharva Veda (around 900 BC), the importance of controlling breath was stressed upon. However, it is difficult to pinpoint the exact era as the Vedas were originally passed down through stories and by word-of-mouth.

This 2,000 year period in the history of Yoga is predominated by the Upanishads. They explain the meanings of Vedic literature, reading between the lines and explaining how the body and mind works. Moreover, it talks of spiritual teachings. 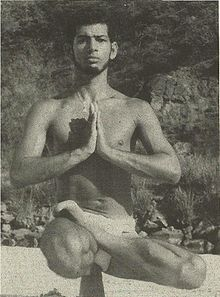 Out of the 108 written documents, 20 of them were Yoga Upanishads. They focus on different yogic techniques that are still used, like pranayama (breathing exercises), pratyahara (withdrawing senses), breathing modulation, sound and meditation in complete peace. At this time period, Yoga was divided into two forms - karma Yoga and jnana Yoga.

The classical period of Yoga lasted from 500 BC TO 800 AD. The importance of a peaceful mind, as a consequence of Yoga, was put into the limelight during this period. 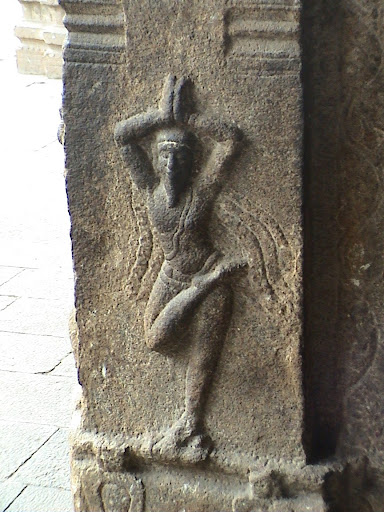 It was in this period that Yoga seeped its way into Buddhism and Jainism. Lord Buddha was known to be the first Buddhist to study Yoga. Buddhist literature laid emphasis on meditation and yogic poses that helped attain enlightenment. Jainism imbibed Yoga, too, with the help of Lord Mahavira. He stressed on the importance of meditation to attain salvation and moksha.

The Bhagavad Gita, a 700-verse compilation of conversation between Lord Krishna and Prince Arjuna, explains the importance of dharma, jnana Yoga, karma Yoga and bhakti Yoga. In this renowned text, Lord Krishna says, “Samatvam Yoga uchyate”, i.e. Yoga is a balanced state. Yoga strives for oneness between man and nature. It takes us back to our joyous state.

Maharshi Patanjali, the Father of Yoga, was the first yogi to truly understand and explain the meaning of Yoga and the true purpose behind it, in his Yoga Sutras. This was called Raja Yoga.

The first commentary on the Yoga Sutras by Veda Vyasa was written in the classical period. The deep-rooted relationship between the philosophy of Yoga and Samkhya philosophy (one of the six Indian philosophies) was unearthed and talked about.

Nata dances and martial arts used the techniques written in the Yoga Sutras, to help accentuate their dance and martial forms, respectively.

The classical period focused on the importance of mindfulness in yoga. Yoga seemed to flourish in this period.

The post-classical period ran up to 1700 AD. It brought forward names of numerous Yoga teachers who worked towards the development of this beautiful, cultural art form. Some of the yogis include Acharya Trayas-Adi Shankaracharya, Madhvacharya, Ramanujacharya, Meera Bai and Purandara Dasa.

Adi Shankaracharya devoted his time to the continuation of jnana Yoga and Raja Yoga. He dedicated a large part of his life to developments and tweaks in the yogic cultures. Meditation was also stressed upon to clear the mind of negative thoughts.

Other yogis like Tulsidas and Purandara Dasa worked on the science of Yoga. The Yoga of physical postures and breathing techniques or Hatha Yoga was popularized and is still widely renowned today.

Swami Vivekananda was one of the primary yogis to spread Yoga in the modern period, that is from 1700 AD uptil now. The period focused on Yoga as a manner of being physically strong.

Yoga has undergone a wide number of changes over the centuries. Over this span of time, many people have been propounding numerous theories for the spread of its culture. But even as it walks into the 21st century, the essence and soul of Yoga lies with the feeling of oneness with the spirit, mind, body and nature.

Contrast between Ancient and Modern Yoga

In ancient times, man understood the true essence of Yoga. The purpose of Yoga was to connect oneself with the world around them. It focused on breathing and freeing of the body, spirit and mind.

Our ancestors understood the importance of mental hygiene and concluded that regular practice of Yoga will cleanse the body and soul of unnecessary pollutants.

However, in current times, the spoken benefits of Yoga are limited to fitness, flexibility and ridding oneself of physical disabilities. The true spirit of Yoga that lay in the hygiene of mind and soul, lies forgotten in the graves of our predecessors.

With the incessant popularity of only Asanas, the people of the world seem to have left behind the eight limbs of Yoga - only one of which is Asanas. Yoga, in today’s time, is associated only with physical fitness and flexibility due to the increasing popularity of Asana Yoga.

Over the last couple of years, the seven forgotten limbs are being spoken about by the yogic world. New courses and classes are starting up with the intent of helping to spread the full yogic culture.

The dawn of Covid-19 has made each of us sit back and think of life’s true purpose. We have each pondered the true meaning behind it all and made a change in our lifestyles, consciously or not. There is no better way to incorporate this change than including Yoga in our schedule for a fixed time everyday. 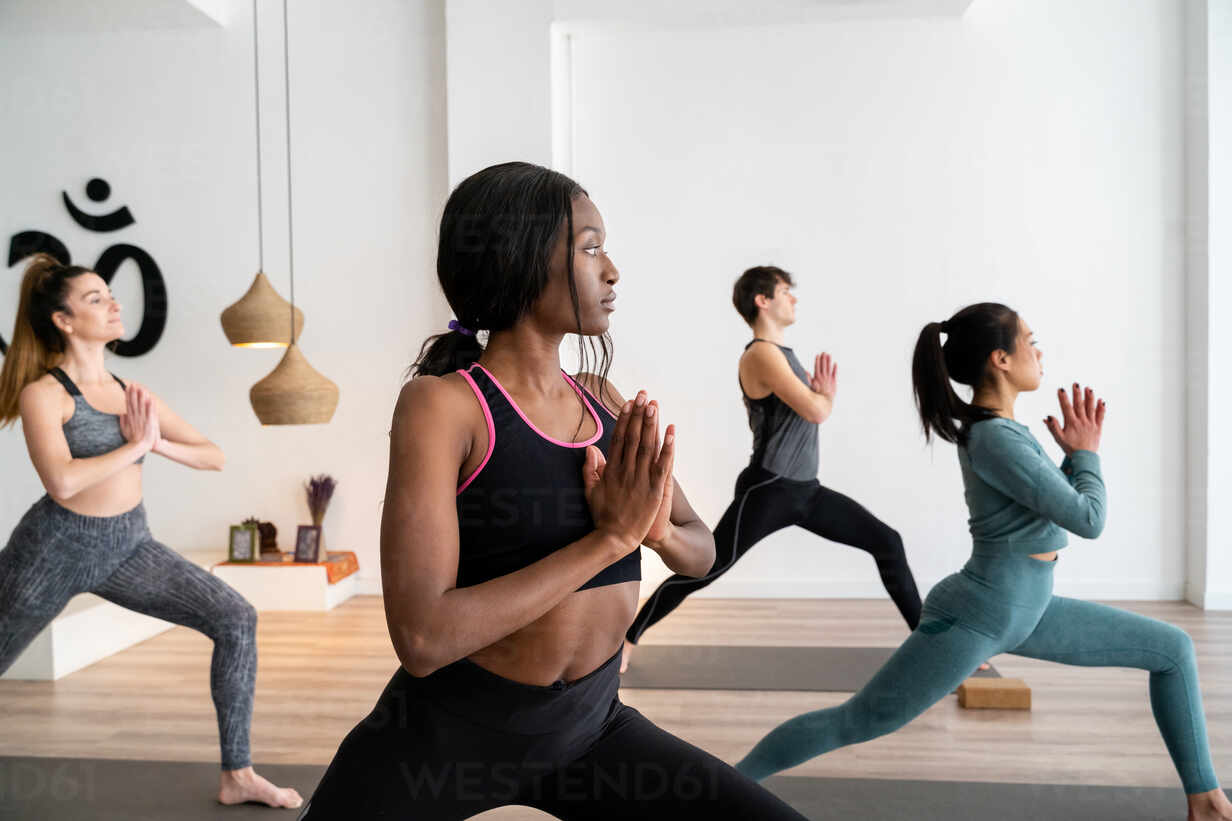 Despite the numerous different customs and traditions in India, Yoga follows no religion or caste. It works solely on imbibing the values of compassion, patience and tolerance within oneself. Yoga not only helps clear the mind but also tones down the agitation and stress that comes with the fast-paced lives of this decade. It aims to achieve self-actualization and self-realization on an individual level.

Yoga has prospered in the eyes of the world. The teachings continue to be spread in the West and enlighten the lives of millions. 21st June has been declared as the International Yoga Day by the United Nations. This is a golden step towards spreading Yoga. This ancient discipline is rightfully given the recognition and importance it deserves, as it makes its way to enlighten billions with emotions like love, peace and universal integration.