Causes of the War

There was no single event that led to World War I. The war happened because of several different events that took place in the years building up to 1914. 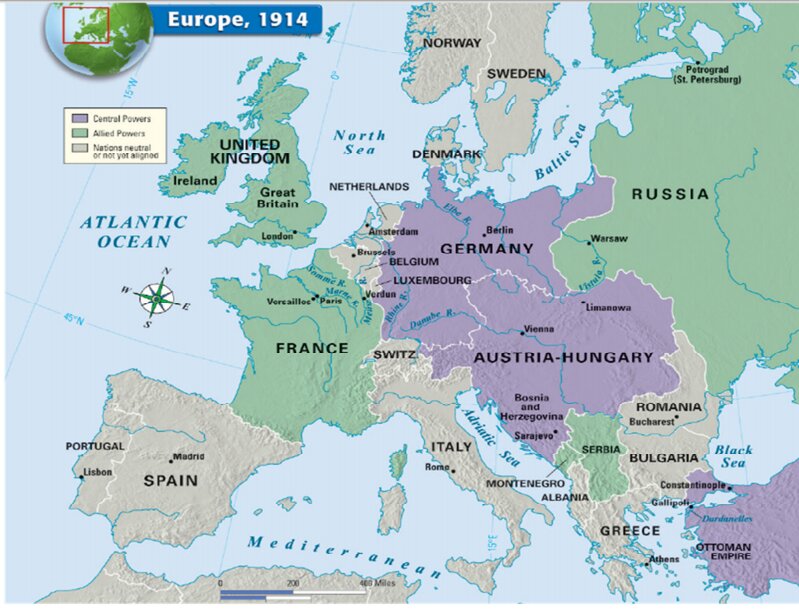 Fig: Alliances at the beginning of the War

Phases of the War

Consequences of the war It is organized in several chapters each having different clauses.

The Treaty of Neuilly, signed with Bulgaria

The Treaty of Sevres (1920) signed with Turkey

However, the war also brought other important social and ideological changes

However, the “war to end all wars” turned out to be the opposite. By ensuring Germany’s economic ruin and political humiliation through the Treaty of Versatile, the post-war settlement provided fertile ground for World War II.