This article is based on “The billion standard”, which was published in The Indian Express on 07/02/2020. It talks about the status of digital payments in India.

Recently, digital payments in India touched a new high by reaching a billion monthly digital payment transactions on the Universal Payment Interface (UPI). Payment on UPI platform rose from 0.1 million in October 2016 to 1.3 billion in January 2020.

Significance of this payment revolution in India lies in the fact that Google has written a letter to the US Federal Reserve, asking them to learn from Indian digital payments.

Reasons for this Payment Revolution 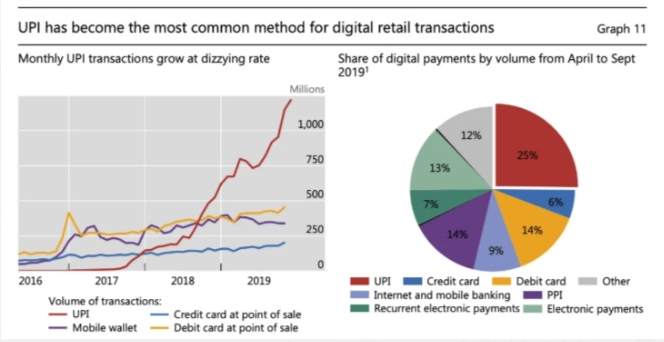 How is UPI different to regular payments?

Lessons that can be Learnt from UPI

In Order to Boost Digital Payments in India: