This editorial analysis is based on the article The twisted trajectory of Bt cotton which was published in The Hindu on 10th of September 2020. It analyses the impact of the Bt. Cotton on Indian farming and farmers.

Genetically modified (GM) cotton, the plant containing the pesticide gene from the bacteria Bacillus thuringiensis (Bt), has been grown in India for about twenty years now. This pesticide, now produced in each Bt plant cell, ought to protect the plant from bollworm, thereby increasing yields and reducing insecticide spraying on the cotton plant. However despite finding huge favour in India, the GM crop has only brought modest benefits according to several studies.

Has Bt. Cotton been really successful?

Discrepancy Between Yields And Bt Cover 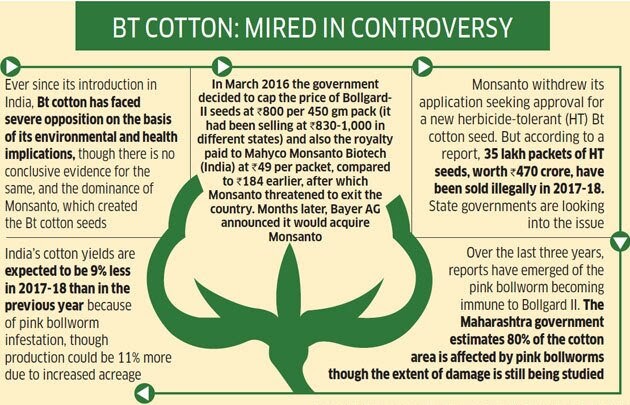 This editorial is based on “Vaccine for all: On COVID-19 vaccine policy” which was published in The Hindu on September 9th, 2020. Now watch this on our Youtube channel.