The Nobel Prize for Physics has been awarded to James Peebles for theoretical discoveries in physical cosmology, and Michel Mayor and Didier Queloz for discovering an exoplanet orbiting a solar-type star. 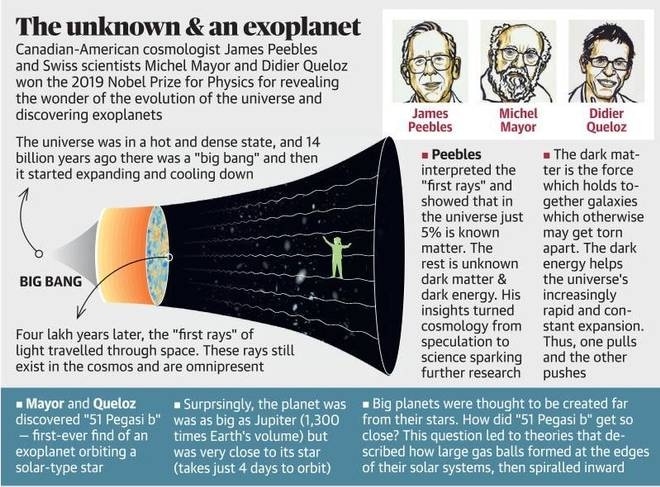