Recently, the National Human Rights Commission (NHRC) has asked the Union Ministry of Home Affairs (MHA) and the State Governments to set up Police Complaints Authorities as per the judgment in Prakash Singh vs. Union of India, 2006. 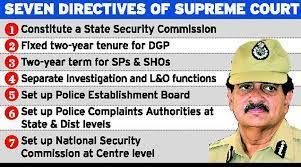