Recently, the latest data from the National Family Health Survey (NFHS 2019-21) has been released. 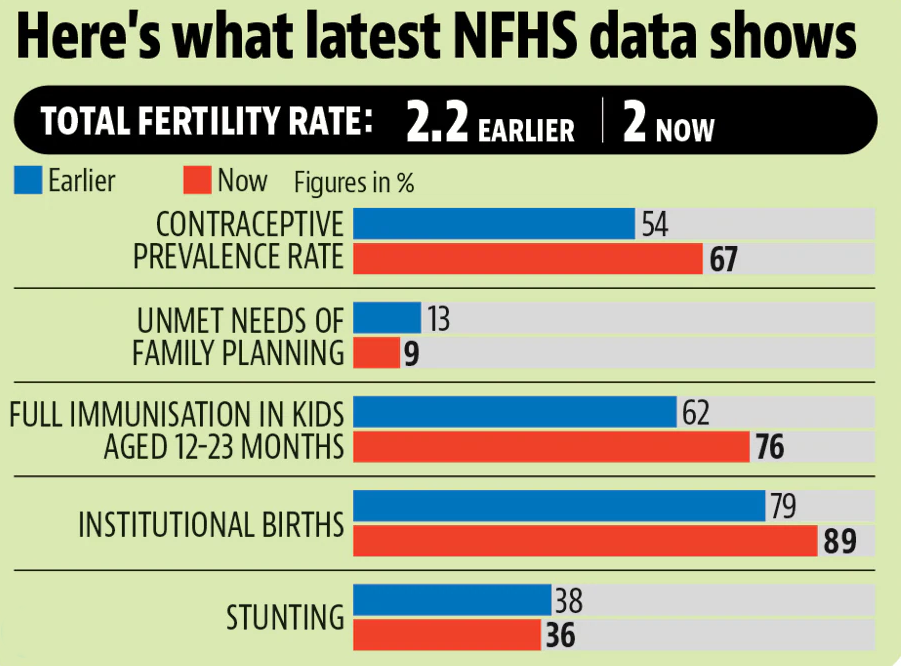