Recently, the Union Minister of Science and Technology informed that the human spaceflight module of Gaganyaan will be launched after the second unmanned mission planned in 2022-23. 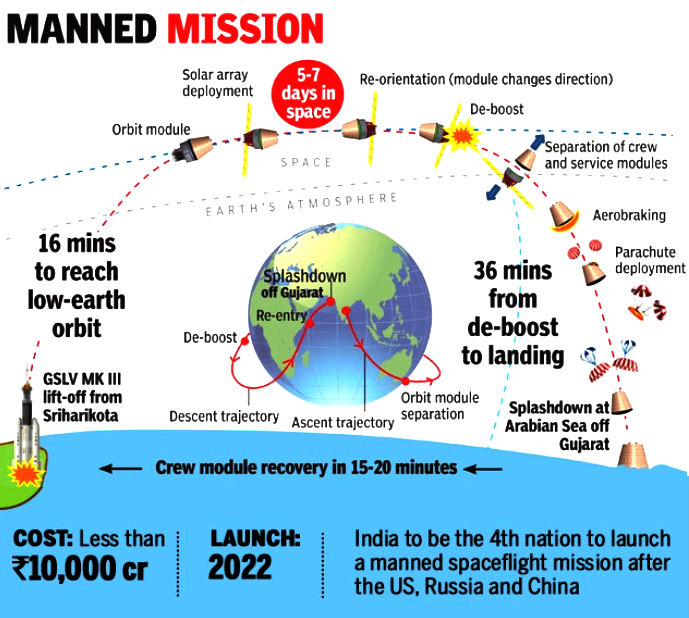