The rupee has been losing value (or depreciating or weakening) against the dollar over the past few months. 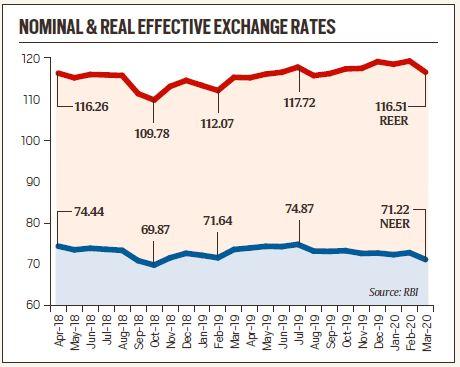